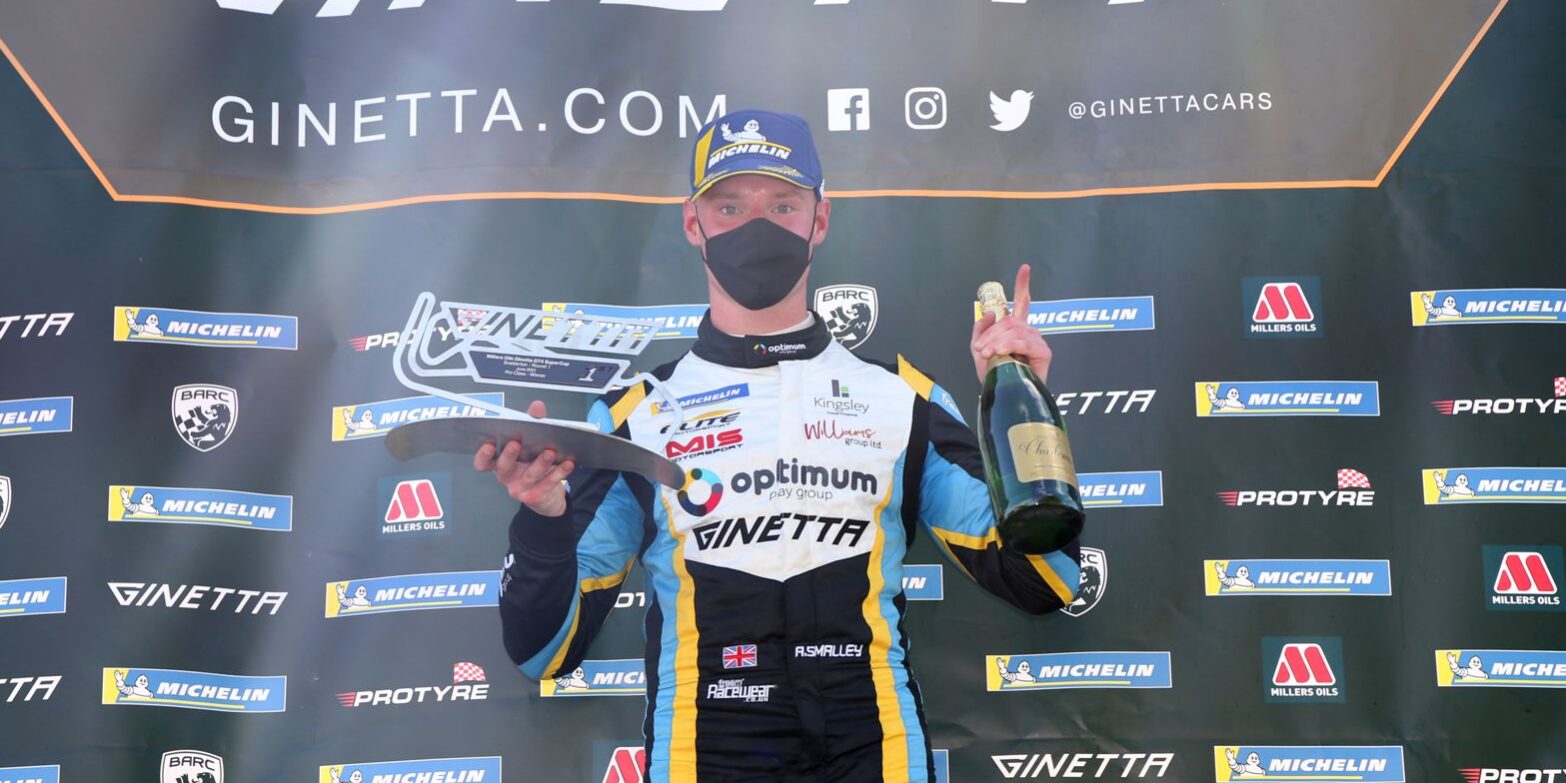 Adam Smalley had a near perfect start at the first round of the Millers Oils Ginetta GT4 Supercup Championship, held at the Snetterton race circuit in Norwich on 12th and 13th June.

After showing his pace in the two practice sessions on Friday, Smalley put in a rapid lap in the qualifier which put him on pole position by over 4 tenths of a second.

The opening race of the weekend took place on Saturday 12th June. Smalley held the lead from the start and set the fastest lap of the race before going on to win the opening round of the 2021 Championship.

Race two took place on Sunday morning where Smalley, again, started from pole position and went on to take a second victory. In the final race of the weekend, the reverse grid race, Smalley started from 4th place and drove into 2nd place on the opening lap.

With a focus on closing down the gap to the leader Smalley was on his tail at the end of lap 5. Smalley made a great move into the first corner to obtain the lead of the race. Unfortunately, contact from behind cut Adam’s race short and the car was retired.

Carl Boulton, Group CEO of Optimum Pay Group and The Boulton Group, commented ‘Adam performed phenomenally at Snetterton race circuit with two victories in the first weekend, we couldn’t be prouder. We are really excited to join Adam and the Elite Motorsport family as a headline sponsor. As a group of companies, we believe in partnership, family and growth. When I learned more about Adam, I recognised that this was a perfect opportunity for all of us to continue our growth, whilst supporting a talented and ambitious driver. The proof of his talent was shown in his victorious start to the Championship.

Smalley added ‘I am really proud of the massive team effort this weekend, thank you to my headline sponsor Optimum Pay Group. Without all of my sponsors none of this would have been possible. This weekend has shown everyone what we are capable of. Now it’s just about preparation for the next round at Brands Hatch this coming weekend. I am feeling confident going into it and looking forward to seeing everyone there.

You can tune in to ITV3 to watch round two of the Ginetta GT4 Supercup Championship at Brands Hatch live on the 26th and 27th of June.

Nantwich Food Festival a success for The Boulton Group!
September 5, 2022

Optimum Pay Group shortlisted for the Best Umbrella Company at the 2022 Contracting Awards
May 25, 2022